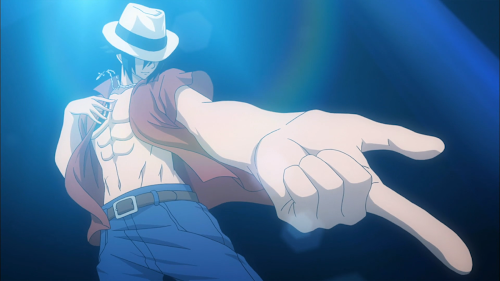 2014 was a really good year for movies. Like a really fucking good year. I love all the movies on this list, but I’m excluding a TON that I also loved. Animated movies like Big Hero 6 and Box Trolls didn’t take the world by storm, but they were certainly really cute movies. Maybe not rewatching them anytime soon, but I liked them all the same. Then there’s epics like Snowpiercer, Captain America 2, Edge of Tomorrow, and Guardians of the Galaxy. Totally really fun movies and the former two have a lot to say in the commentaries, but they just missed my list. And I’d be remiss to not mention the two movies from brilliant dudes Phil Lord and Chris Miller, The Lego Movie and 22 Jump Street. BOTH movies that succeeded in spite of themselves. And I can’t include Enemy for a Jake Gyllenhaal power hour with Nightcrawler like Chris nor can I include fantastic movies like Under the Skin (another like Nightcrawler in that the main character doesn’t change) and We Are the Best because there were SO MANY DAMN GOOD MOVIES THIS YEAR.

I called this my number five movie on the podcast because I wanted to talk about the movie. I wanted to say weird things too, Chris!! But here we are, on my “official” list (which is 100 percent likely to change based on my mood and the movies I’ll watch in the upcoming months) with it at number 10. It deserves the number five spot I gave it and it deserves the number 10 spot I gave it. The Veronica Mars movie is for fans of Veronica Mars the show. It wraps up the series perfectly and provides the coda that the series did not. To sell the movie is to sell the show and the show is a brilliant little detective series that, in every episode, pushes forward the narrative while at once being episodic in nature. It’s also a series with a Kristen Bell leading the cast and Percy Daggs III as her sidekick. It’s quirky, it’s fun, it’s thought provoking, and it deals with the tough subjects that few were willing to take on at the time.

Tom Hardy in a car on the phone for almost two hours and its riveting. Ivan Locke is a man that’s just trying to do the right thing and his entire life is unraveling before him because of it. “The right thing” is, of course, under debate, but he feels like he is and his aesthetic would demand that he do this. It’s admirable that he’s willing to go to such lengths. Describing this is kind of terrible because it’s a movie to be experienced. Be alone in the car with Tom Hardy.

Jake Gyllenhaal deserves something for the performance he put in here as Lou Bloom. A complete sociopath, Lou Bloom keeps you glued to the screen throughout the movie. Never changing, he keeps the movie interesting by changing your perspective. Film Critic Hulk wrote a beautiful piece on Nightcrawler and I implore you to read that instead of my dribble. It’s a movie worth watching for the performances and the curious nature of the film.

To describe The One I Loved is to ruin The One I Loved. Watching it is watching its puzzles come slowly together as you get closer and closer to the “a ha!” moment. At this juncture, I’ll just say go watch it. It’s worth of the top spot on my list, but damn was 2014 a good year for movies.

Gone Girl, along with Selma, is some of the best movies with social commentary right in them. Gone Girl is a feminist movie, but not in the same way that, say, Veronica Mars is. It’s a movie that puts both the guy and the girl as terrible representations of their respective sexes. It’s a movie that makes the guy slightly better, and we root for him as a result. It’s a movie that questions why we should even do this, when both are equally deplorable. It’s thought provoking, it’s got excellent direction and acting, and it has one of the greatest female villains of our time.

Birdman, like The Lego Movie before it, gets right at superheroes and what’s wrong with them. Now, I LOVE superhero movies. The Marvel movies are something that I’ll probably always go see because they always tickle something in me that I really love. While The Lego Movie got right at how we perceive Batman, Birdman got right at how we perceive superheroes as a whole. Riggan Thompson is a guy that’s trying to live of that energy of the superhero when he’s well past that time in his life. He lives in a delusion when he tries to get everyone to live in the real world. I don’t want to spoil much about it, but it’s an excellent watch. The curious direction alone makes it worth seeing.

Selma is one of the best movies you’ll see all year, guaranteed. It gets right at the problem with racism and subjugation in the world and doesn’t flinch at any of it. It’s willing to say what’s wrong and, most importantly for the movie, it tells a story doing it. This isn’t a biopic of Martin Luther King and I feel like that might actually be worse if it was. This is a story of a specific time in history, a specific movement, and a specific wrong that needs to be righted in the world.

Boyhood is an experience. It’s experiencing Mason’s life and Samantha’s life and Olivia’s life and Mason Sr.’s life. The title switch from 12 Years to Boyhood really did change the audience perspective of the movie, but it didn’t change its impact. It was an engrossing three hours of someone’s life that kept you at the edge of your seat throughout.

Whiplash is the most tense movie you’ll see all year, probably. Terrifying in different ways from horror movies, it shows the work it’ll take to be one of the greats. Andrew Neiman, snidely, chides his cousins for bragging about Division III football accomplishments while he’s in the most prestigious music school in the nation. It’s a movie that doesn’t pull punches and you walk out of hoping to never be in Andrew’s situation, yet admiring him (in some way) for his courage and drive.