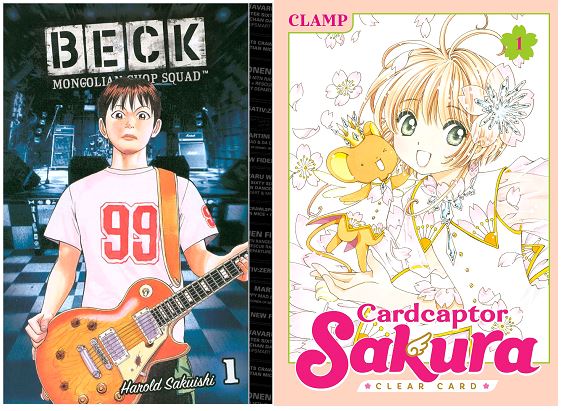 I tweeted earlier that all the Manga In Your Ears episodes were done and edited, then I went and recorded another one, so all but one are recorded. Also I still have three Taiiku episodes to edit, RIP me.

This episode, we’re talking about Beck and Cardcaptor Sakura: Clear Card, both published by Kodansha.

The songs you heard at the beginning of the episode were “Hit in the USA” by Beat Crusaders, “Brainstorm” by Beck, and “Moon on the Water” by Koyuki and Maho, the latter two from the Beck dub and the former is the opening to the anime.

This should have been the 3/13 episode.

Next time is Fruits Basket and Drifting Dragons!