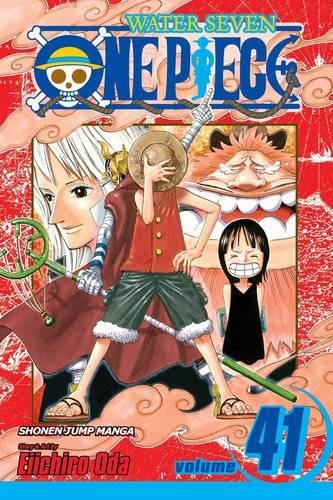 The joy was short lived, the White Sox dropped the next day’s game against the Cubs behind the worst game in a while for Lucas Giolito. Sports is rough.

This episode, we continue our journey across the Grand Line with the Skypiea through the Thriller Bark arc of Eiichiro Oda’s One Piece published by Viz.

You can find Patz on Twitter @PatzPrime and hear him talking about robots @CockpitPod, and you can find Grant on Twitter @grantthethief and hear Grant talk about various things at Blade Licking Thieves and The Super Sentai Podcast.

This should have been the 5/1 episode.

25:01 – We talk about Water 7/Enies Lobby! And also the Davy Back Fight, which I forgot about.

1:15:28 – We transition seamlessly to Thriller Bark around here!

Next time is Tegami Bachi and Delinquent Housewife!