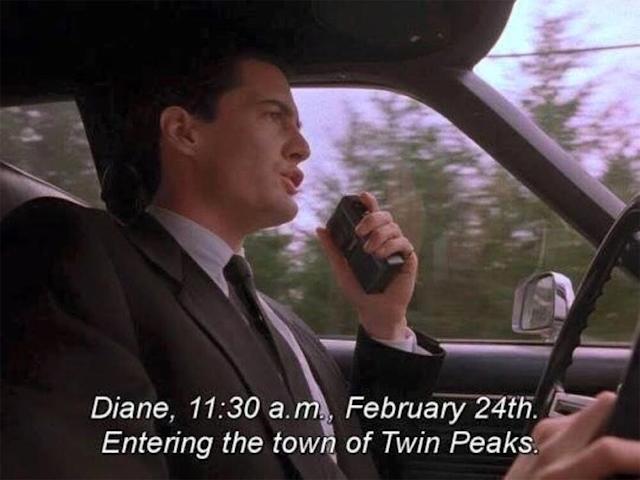 Taiiku Podcast listeners once again become Taiiku Podcast readers. We’ve made a few written posts throughout the years, but it’s of course not our forte; we’re not called the Taiiku Blog or whatever.

With the encouragement of friend and fellow podcaster, Dawn, here are my unadulterated notes on Twin Peaks season one. Partial season two notes coming alongside a podcast episode post, so keep on the look out.

It is literally unedited, so apologies for typos, incorrect information, or anything else.