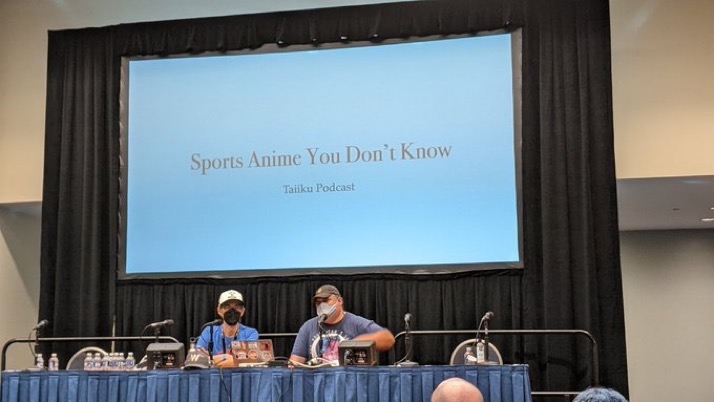 Thank you all for coming out to Sports Anime You Don’t Know at Otakon 2022! It was our first joint Taiiku panel and seems like folks enjoyed it, so glad the years of podcasting has provided this experience to fall back on for us, while still feeling nervous that we had no idea how it would come out.

Anyway. Here’s the list of anime we talked about in the panel:

And here’s the list of the stuff we didn’t talk about (but had a slide that mentioned):

Again, tried to keep it to stuff you maybe or probably didn’t know. So didn’t include some of the stuff we thought was a little more popular, like Ace of Diamond, Yowapeda, Kuroko’s Basketball, and the like. But there’s always a chance it could be mentioned in a future iteration, at least based on audience response when we asked about it.

Again (again?), thanks you all for coming. Wear your masks. Stay safe. And have a fun rest of the con!