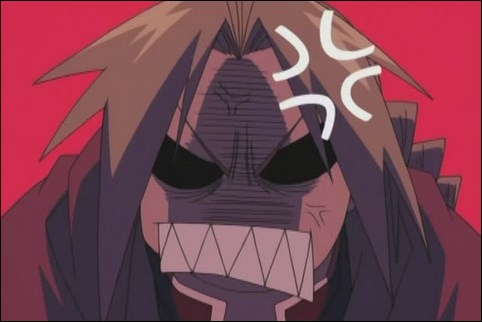 I just saw the nominees in the Best Live Action Short Film and Best Animated Short Film for the 87th Academy Awards. I’ve never done this before, but this past year I’ve gotten more and more into film where I want to see anything that’s good. I don’t want to rank any of them, but I will say that Parvaneh was my favorite live action short, but just by a hair. In the animated category, it’s a little harder. It’s hard not to love Feast, but both The Dam Keeper and A Single Life blew me away when I saw them.

Aya
About a woman who just wants some human interaction, Aya is a film that touches on the desperation a person can feel when they’re at a low point in their life. It can also be interpreted to be talking about the lengths someone will go for simple escapism. Either way, it is a beautiful film that overstays its welcome by maybe five or 10 minutes, but it hardly detracts from its quality. The two leads, Sarah Adler (Aya) and Ulrich Thomsen (Mr. Overby) work delightfully with each other and it really drove an already interesting script to something even better.

Boogaloo and Graham
Two boys and two chickens dealing with things that boys should never have to deal with. Set in 1978 (I think?) North Ireland, a soft-hearted father give his two boys Jamesy and Malachy two chicks that grow into full grown chickens. The happy family life is contrasted against the military presence that’s seemingly oppressing or otherwise disturbing the populace. Here’s where I say that I have no idea what was going on because I did really poorly in the one European history class I took. But you don’t need that to get the film. It’s a kind little story of two boys dealing with stuff they don’t understand, with chickens in tow. Curiously, the kids were subtitled, but their parents were not.

Butter Lamp
I say Parvaneh is my favorite film out of the live action shorts, but this one and The Phone Call get close. I’ll get into The Phone Call later, but Butter Lamp is a beautiful perspective of entire generations of Tibetan families. The photographer sets kids atop stumps, acting as if they’d just won the Olympics. He sets an old woman in front of the place she’s always wanted to see. It’s the reactions, the photographs, and the photographer’s interaction with everyone that makes this film one of my favorites. To describe it is almost to ruin it. A picture really is worth a thousand words and this film proves it.

Parvaneh
The story of an Afghan woman living in Switzerland trying to make a living for her family back home, her father sick and the family unable to afford medicine. She’s there illegally, or at least can’t work because she’s 18, so life’s hard. She’s harassed by the other tenants in her huge complex (communal bedrooms huge) and she seems to be at her wit’s end when the kindness of one friend come through. She’s just trying to wire money to her family and the friend, then a stranger asking for 10 percent of the cut, is merely taking advantage of her. It becomes a story of friendship and proof that these two can live alone and live strong. It feels very much like a Wes Anderson or Noah Baumbach movie in the way the characters come off the screen and you just want to love them.

The Phone Call
Featuring Sally Hawkins, who is apparently famous and I need to see more things with her in it, and the voice of Jim Broadbent, The Phone Call is a sad tale of a man who literally is at his wit’s end with depression and loneliness. Almost the entire film is set in their crisis hotline office with Heather (Hawkins) trying to talk down Stan (Broadbent) from killing himself. The regular-looking office is contrasted with a stark white room, where Stan is—a depiction of heaven or the afterlife compared to the normal looking real life. It’s a wonderful film about human interaction and how one thing can affect us so much.

And now on to the animated movies!

The Bigger Picture
I LOVED LOVED LOVED the animation in this short. There’s stop motion in front of painted pictures of the characters, who look flatter than anything you’d ever seen. They move across the room in a haunting way and they’re always in the back due to the nature of the animation. The story itself is of a family divided and a selfish mother and doting son. The mother’s health on decline, one son wants to put her in a nursing home while the other vehemently denies it and insists to take care of her. The story didn’t strike me as much as the animation, but I’ve never been through something like that. It can strike at the heart, but it did not strike at mine.

The Dam Keeper
This short film, however, did. Directed by Pixar alums Robert Kondo and Daisuke Tsutsumi (married to Hayao Miyazaki’s niece!) and set in a fictional world that’s being protected by a lone windmill, The Dam Keeper struck right at my introverted heart and melted it like butter. It’s the tale of one boy who can save the world, but could honestly care less about it. It’s the story of one boy who wants nothing more than to have one friend, but couldn’t believe in him when it mattered most. It’s gorgeous in the vein of other Pixar films and absolutely worth every second.

Feast
The second time around, the short that played before Big Hero 6 is just as adorable. It’s a gluttonous dog that just wants to fill his stomach but becomes a love story between pet and master.

Me and My Moulton
I didn’t really like this short…The animation was good, but the designs were kind of ugly. The story is of a 7-year-old middle sister that can’t seem to connect with her relatively eccentric parents, both architect / artists. It’s a disconnect between what parents want and what kids want, but it didn’t strike a chord with me. It lacked empathy due to the film always feeling like it was an arm’s length away, due in no small part to an almost constant narration.

A Single Life
I want to say to just go and watch this film somehow. It has a total running time of two minutes and to read me review it would likely take longer than to watch it yourself. Briefly, it’s a beautiful tale of life itself told through a record player. I loved it.