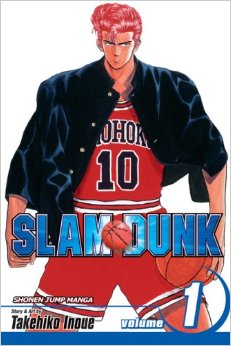 Here’s the beginning of what’s going to be a really long series! The original idea was to record one episode each time Cinedigm releases a new set, but…well…

Anyway, I’m probably just going to dive right into this series one episode after the other with the rest of the parts after a few preceding episodes. Until then, you listeners will have to sate yourselves with part one. Dawn (@bunnycartoon) from the Anime Nostalgia podcast and Tom (@calaggie) from Sports in Fiction and Nigorimasen join me in the inaugural episode.

0:29 – We start the show, talk about the first exposures to Slam Dunk, and the debacle that was Cinedigm’s release.

And that’s a wrap! Next time, it’s Suzuka.