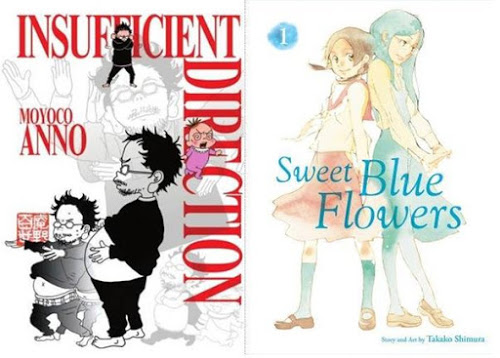 Episode lucky number seven, unlike the movie Lucky Number Slevin, which is an alright movie and has Lucy Liu, but anyway. The Dodgers and Astros are in the midst of the World Series as I type this and I’m missing the hot action (seriously, it’s 90+ degrees in Los Angeles) as I type this, so let’s get on with it!

The song you heard at the top of the episode, and that I forgot to introduce, is “Aoi Hana” by Kukikodan from the Sweet Blue Flowers anime.

0:41 – We talk about Insufficient Direction!

Next time is Pluto and Yamada-kun and the Seven Witches! We will revisit Nausicaa of the Valley of the Wind at some point in the future because that manga is good, but just gotta get all our hands on it.