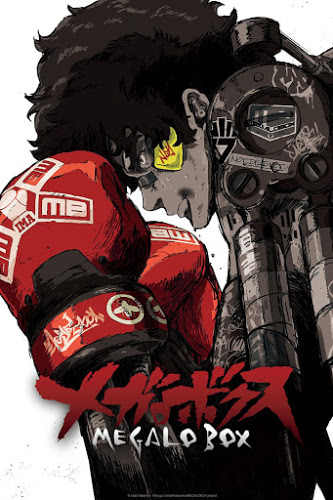 Crazy Rich Asians has a preshow coming up this Wednesday, then wide in a week. I have been waiting for however long it is since I’ve read that a movie adaptation was in the works. I have every so often opened up the Wikipedia page in hopes that another cast announcement was made and clicked through all the people to see who they were, even if I already knew who they were. My body is ready for Crazy Rich Asians.

Anyway, this episode I’ve got Chris (@gokuffy), Vinnie (@VinnieAveAGC), and a second Chris (@antoniuspius) on to talk about two things boxing: The Ashita no Joe movie that recently came out from Discotek and Megalobox, the anniversary project for Ashita no Joe.

EDIT: We made a mistake. Details in this thread, but the short of it is we were wrong about where the second Ashita no Joe TV series picks up from the movie.

EDIT EDIT: I’ve added an addendum to the beginning, which totally makes sense, about our mistake. I’ve updated the time stamps in the show notes to reflect that as well.