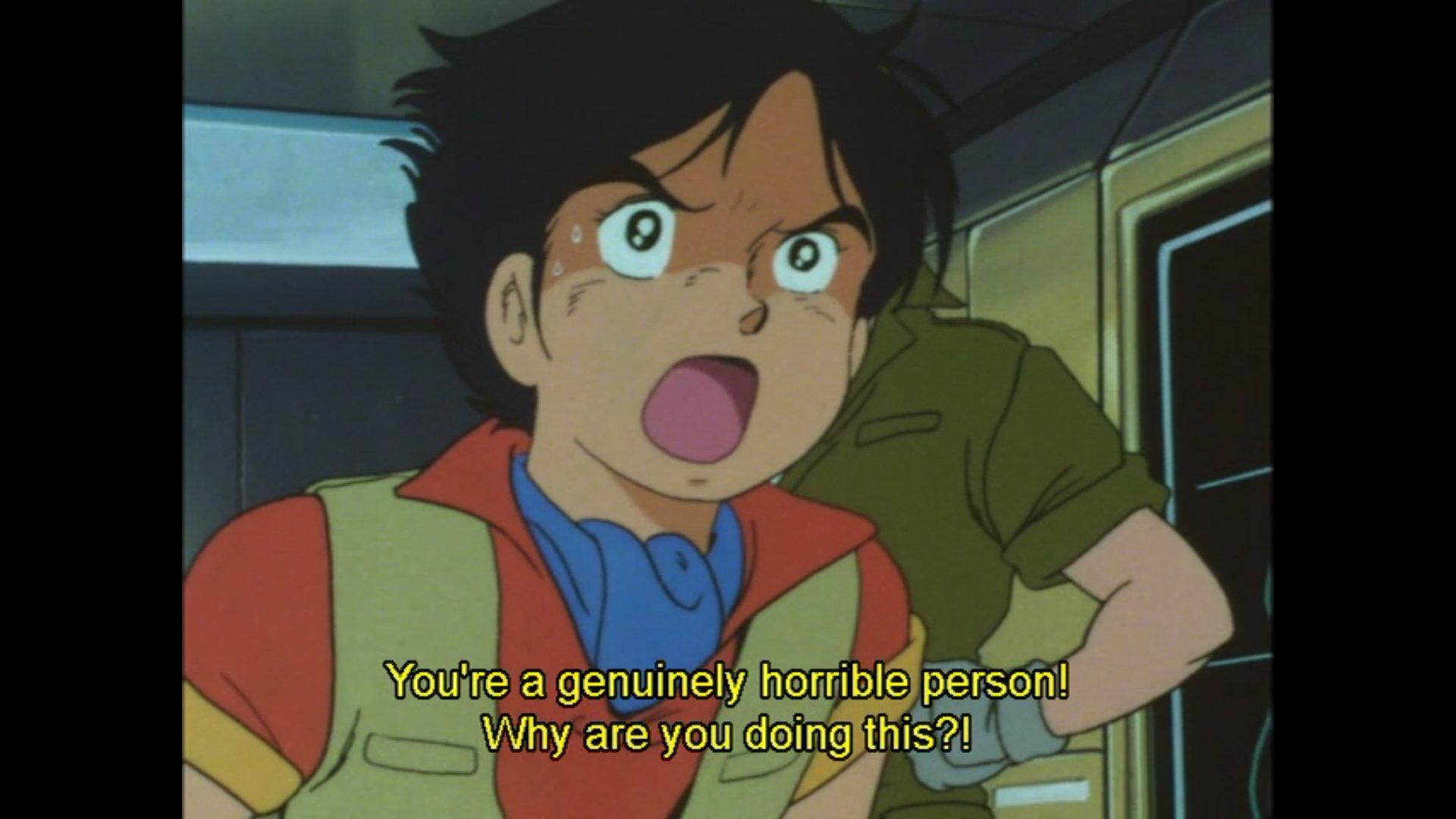 I usually talk about sports to lead into the rest of the post, because I have a lot of random quick thoughts about sports that I want to rant about on Twitter or whatever, but they’re too long for a tweet. Instead, I’ll write about writing about things, having run out of sports things to write about. And also, between first Gundam The Origin manga and now Giant Gorg, I am very generally interested in the rest of Yoshikazu Yasuhiko’s stuff.

It’s that time again, time for Anime Secret Santa! This time it’s from All Geeks Considered, and big thanks to Vinnie and Diego for organizing it all. And thanks to Kate and Al for organizing the prior iteration on the Reverse Thieves for so long. This is a project I always have a lot of fun with, and I’m glad it’s living on somewhere.

This year, Chris (@gokuffy) and I are joined by Patz (@PatzPrime) to talk about some anime! I chose Giant Gorg out of my three, Patz chose Zombieland Saga, and Chris chose Robot Carnival. There’s even surprises within.

Next time, we probably start our best of 2019 shows!