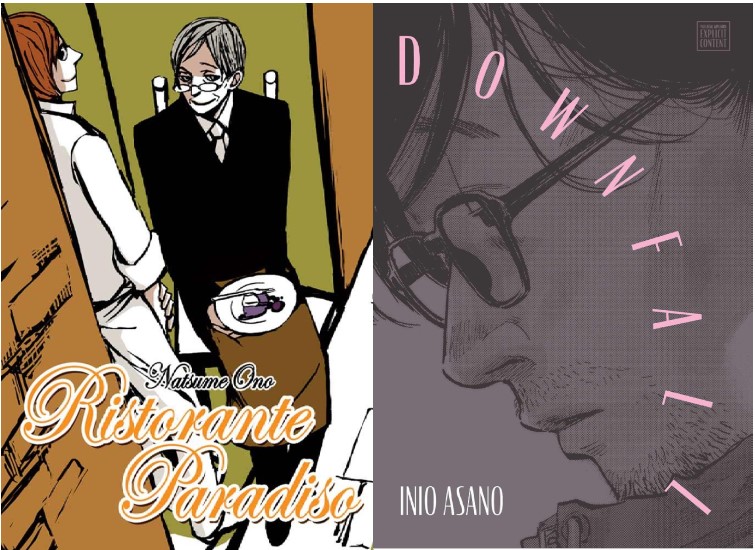 Going out is hard now, not just because it is relatively anxiety inducing, but because the masks fog up my glasses and the bandanas keep falling off, so it’s a lose-lose-lose proposition no matter what. My only release is running, which is a different kind of lose.

This episode we’re talking about Natsume Ono’s Ristorante Paradiso and Inio Asano’s Downfall, both published by Viz. It’s also more spoiler-y than usual, so heads up.

The song you heard in the episode were “Marigold” by orange pekoe and “Suteki na Kajitsu” by Lisa Komine from the Ristorante Paradiso anime.

You can watch Ristorante Paradiso free and legal on Nozomi’s YouTube channel (as of this posting).

0:39 – We talk about Ristorante Paradiso!

Next time is Cross Manage and Blue Flag! The KAITO episode.