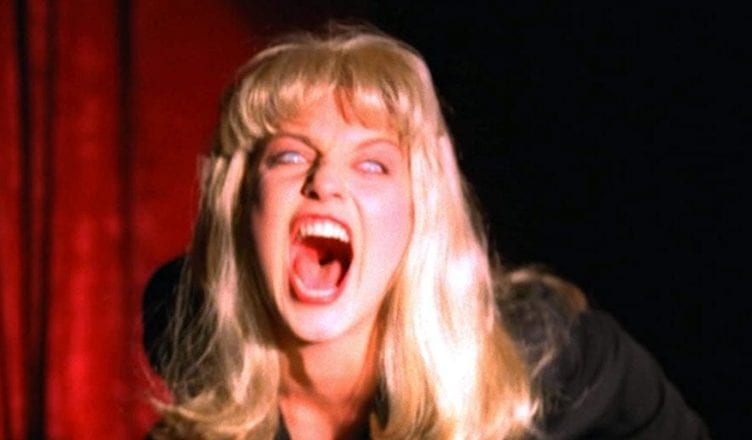 For everything I hear about Twin Peaks (and granted, I am not voraciously reading every review and piece about it), I never read about the yellowface. I hadn’t, until Chris pointed it out to us last podcast, that Ben thought he was a confederate general who needed to win the Civil War. I had actually heard of Denise, which is nice. I think it partially speaks to the quality of the show overall that the peaks (pun intended) of Twin Peaks sticks out in your collective memories and you’ve maybe forgotten the racist elements of this 90s television show. But it also speaks to the whiteness of the audience, reviewership, and also the circles I tend to be around on Twitter (which reflects on me too).

I’m incredibly interested to watch The Return in a few months, as we work further through the David Lynch catalogue. And see how it grew in the 25 years between season two and The Return. And, of course, to see my buddy Hawk on a television screen again. But as I said on the podcast, because of the Ben storyline, and especially the Catherine storyline, this can never be my favorite thing. It is incredibly ambitious, and I think changed television a lot in the following eras. But it’s very obviously flawed.

I also think I want to kind of put my thoughts into something less stream of consciousness. We’ll see what my time management and motivation allow.

But for the notes themselves… They’re pretty much the same as the first set of season two notes. I’ve added some sub-bullets to further organize my thoughts here where the scenes just had a lot of stuff going on, or more characters stepped in and changed the focus of the scene from (to take from the first few bullets here) Nadine to Audrey to Dwayne. I haven’t edited them at all, but maybe I should. Enjoy! Or ignore. Either are ok. I won’t feel bad.