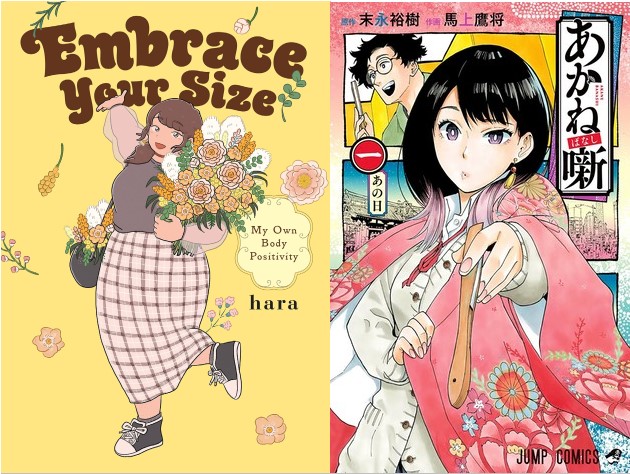 These are good to watch, on Damar Hamlin, who I mentioned in the panpanya episode’s opening notes: (debatable) with Pablo Torre and Domonique Foxworth, Mina Kimes Show featuring Lenny with Domonique Foxworth, Garrett Bush on Ultimate Cleveland Sports Show.

This episode, we’re talking about hara’s Embrace Your Size: My Own Body Positivity published by Yen Press and Yuki Suenaga (story) and Takamasa Moue’s (art) Akane-banashi published by Viz.

The song you heard in this episode was “Like a Girl” by Lizzo.

As always, you can find me on Twitter @taiikumenco, and my co-hosts Helen (@WanderinDreamr) and Apryll (@manjiorin) on Twitter at those places in the parenthesis. You can find both of their writing at The Organization of Anti-Social Geniuses, more of Helen’s writing at Narrative Investigations, and my writing at the Fandom Post and Awko Tako.

Next time is The Girl from the Other Side and Magilumiere Co. Ltd.